Your Browser Is No Longer Supported. Please use an alternative browser to improve your experience and security. 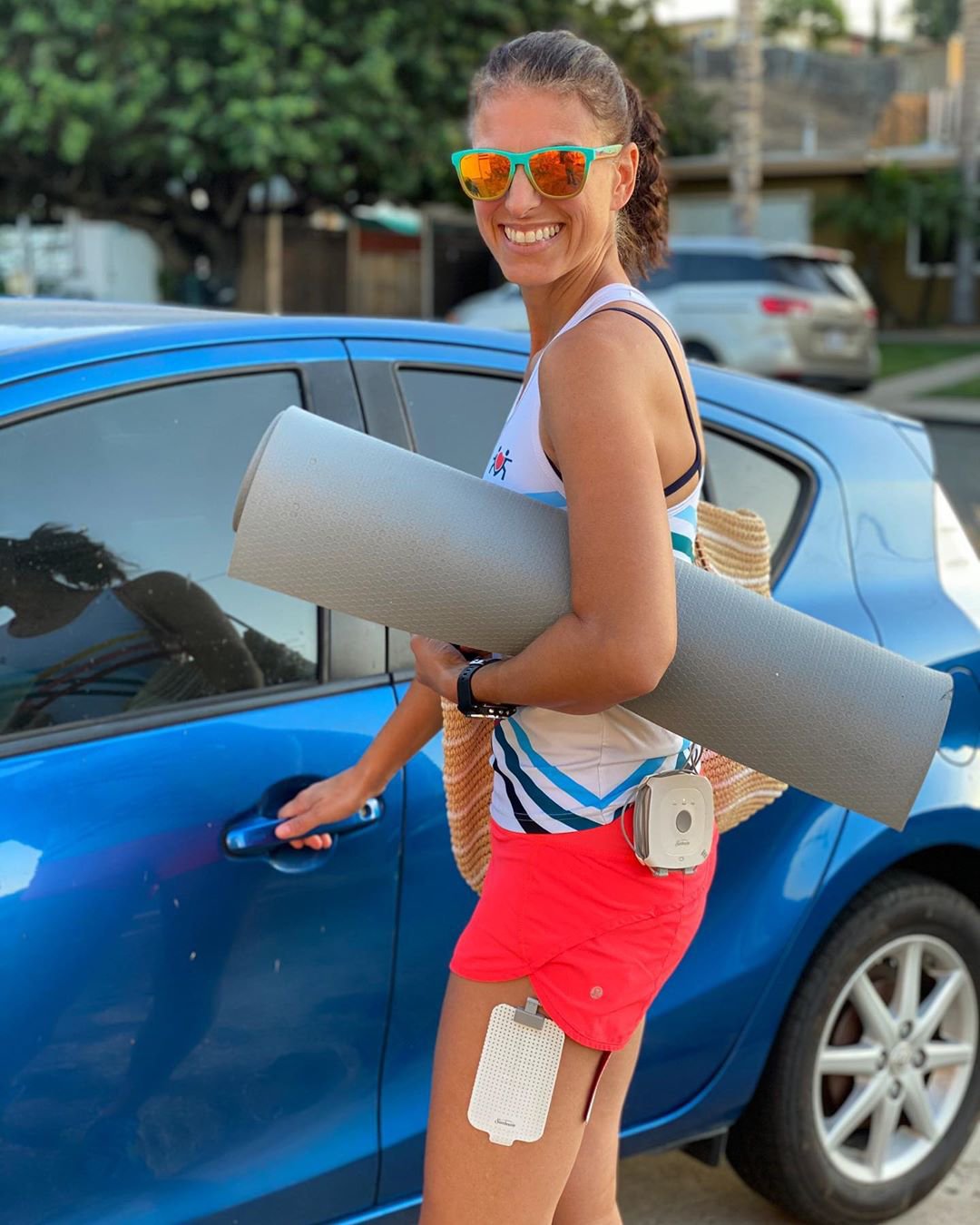 Ultramarathoner Jenny on her way to yoga, with her Sunbeam® GoHeat™ Portable Heated Patches Starter Kit along for the ride to ease hamstring pain.

Her story: Jenny is an avid road and trail runner, and vegan foodie.

Quote: "These patches are my favorite because you can take them anywhere. The rechargeable portable unit is awesome. I wore the pads on my way to yoga because my hamstring is always bothering me when I’m driving in the car. Dang bucket seats, LOL.”

Background: Jenny’s been running and traveling her whole life, but didn’t start doing endurance events until 2011. Since then, she’s done mostly road races, 5Ks, 10Ks, half marathons, and marathons. She did her first 50K, the Leona Divide, in Lake Hughes, CA, in April 2015.